What Is the Difference between Glaucoma and Cataracts? 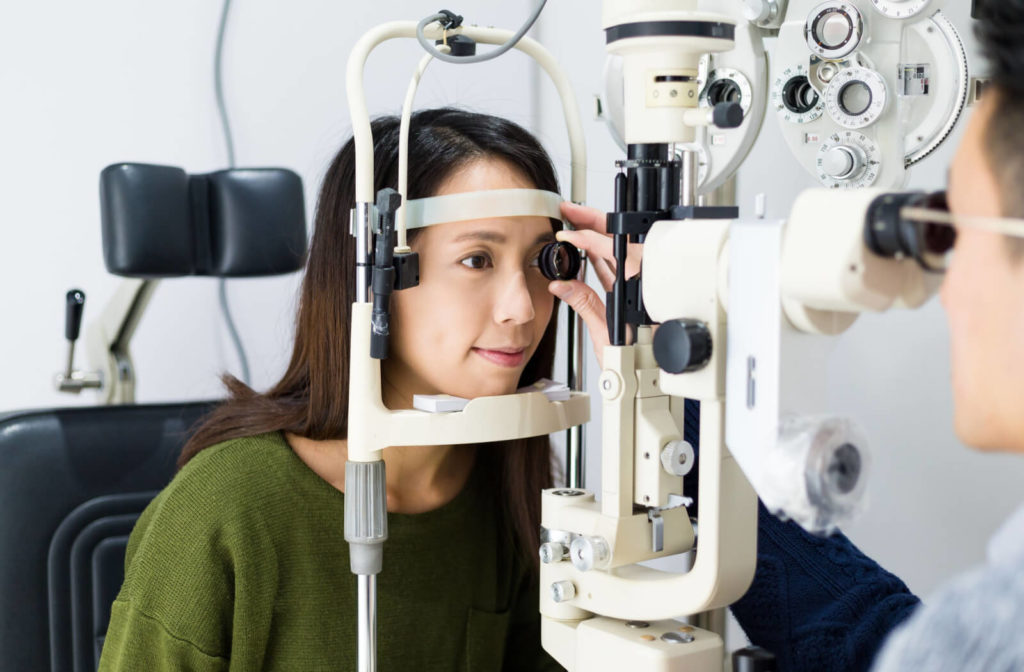 Our eyes are constantly working; from the moment we wake up until the moment we fall asleep. Like the rest of our bodies, the eyes eventually tire, age, and become vulnerable to disease and other vision-related conditions.

When you think of eye conditions, two main ones probably come to mind: glaucoma and cataracts.

Glaucoma and cataracts are two of the most common vision-threatening conditions that cause blindness worldwide. While many people are aware that these conditions exist, they don’t always understand how they differ and the dangers they pose to your vision if left untreated.

Although glaucoma and cataracts share some symptoms and risk factors, they have distinctly different causes, treatments, and outcomes.

Glaucoma refers to a group of diseases that affect the optic nerve. When a fluid called aqueous humour accumulates in the eye, it can cause an increase in intraocular pressure (IOP).

This happens when either your aqueous humour production is excessive or your trabecular meshwork (the tissue through which this liquid drains) becomes blocked or limited. High IOP damages the optic nerve, resulting in glaucoma.

There are numerous types of glaucoma, including:

The lens of the eye functions in several ways to create your vision. It directs light onto the retina, resulting in a clear image that’s transmitted to the brain via the optic nerve. The lens also allows the eye to change focus, allowing it to see both distant and close objects.

Cataracts are defined by the clouding of the eye’s lens, which is located directly behind the pupil.

Our eyes’ lenses are primarily composed of water with strategically placed protein that allows light to pass through. As we age, that protein congregates into small clumps called cataracts, which cloud the lens.

Cataracts form slowly and may not have an immediate effect on your vision. However, as time goes on, you may notice:

While glaucoma and cataracts share some characteristics, they can also be very different.

They Affect Different Parts of the Eye

Glaucoma affects the optic nerve and can be caused by increased intraocular pressure (IOP), whereas cataracts are caused by protein breakdown and affect the natural lens to opacify.

Cataract surgery involves removing the lens and replacing it with an artificial lens.

Glaucoma surgery involves lowering eye pressure, usually by opening up the blocked canals that prevent fluid drainage or by creating separate drainages to the outside of the eye.  Glaucoma can also be treated with topical drops and laser procedures.

Cataracts are painless and develop gradually.

Glaucoma, on the other hand, can be slow and subtle or quick and painful, depending on the type and severity.

One Is Considered More Emergent

However, early detection and treatment of glaucoma, particularly angle-closure glaucoma, are critical.

Both cataracts and glaucoma can be treated surgically, but the loss of vision caused by glaucoma can’t be reversed, whereas cataract surgery can.

Can You Have Both Cataracts & Glaucoma?

It’s possible to have both glaucoma and cataracts. In fact, one can sometimes lead to the other as age is a major risk factor for both diseases.

A cataract can grow to be so large that it obstructs your eye’s natural drainage system. During surgery, doctors may be able to remove the cataract, reopen the blocked drain and relieve pressure on the optic nerve.

Need Help with Glaucoma or Cataracts?

Both glaucoma and cataracts can cause vision loss if not detected and treated early. That’s why it’s important to have regular eye exams to detect cataracts or glaucoma early on.

If you have any questions about glaucoma or cataracts or need additional information about the surgeries and treatments, contact the team at Vector Eye Centre. We provide cutting-edge diagnostic and treatment techniques in a comfortable and friendly environment, helping to ensure you’re always at ease.